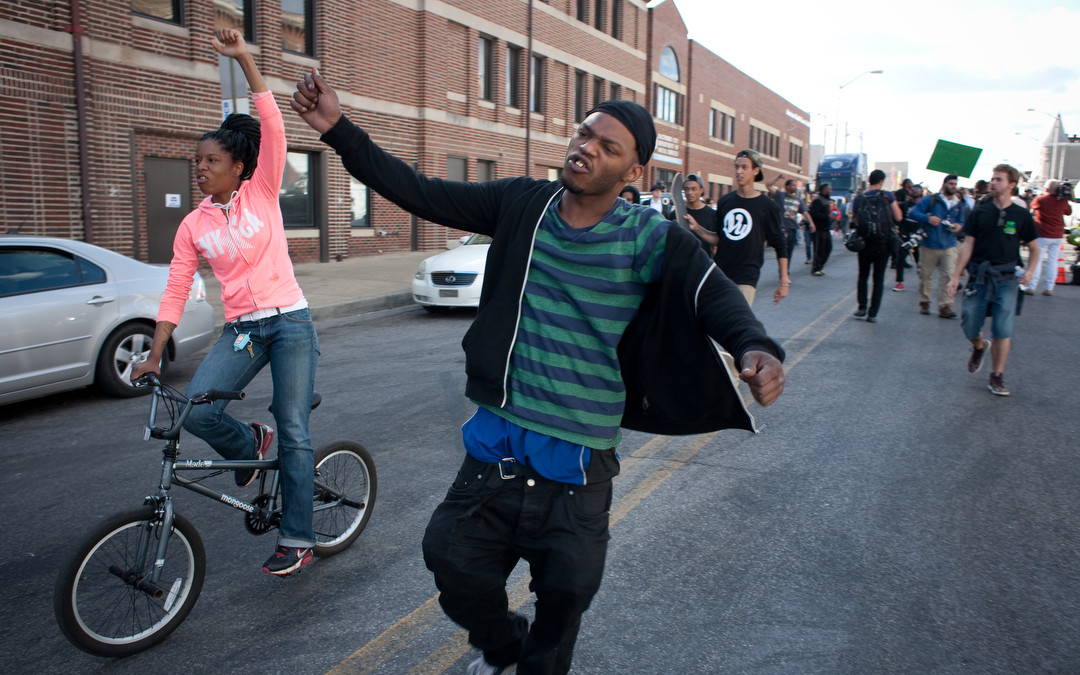 Fires, vandalism, and hundreds of arrests in Baltimore after the death of Freddie Gray in police custody played dramatically on television screens nationwide, and a major American city seemed out of control. But the day after, as thousands of people returned to the streets to protest, peace and calm had returned, and not only because of the thousands of mobilized National Guard soldiers in town.

Rather, the demonstrators took the opportunity to hold what felt like an impromptu town meeting or teach-in, passionately debating  hot button issues of race, inequality, and violence. The conversation is ongoing, with marches and rallies throughout the city. Baltimore Police Commissioner Anthony Batts announced at police headquarters that little progress has been made into the investigation of how Freddie Gray died in police custody. (Andrew Lichtenstein)

Unlike in Ferguson, Missouri, and many other cities where largely white police forces patrol majority black communities, Baltimore’s police department is over 40% African American, including its chief, Commissioner Batts. So an insular and tribal police culture — the aggrieved sense of “us vs. them” that beat cops feel in high crime areas — is a cause of alienation between police officers and civilians more than overt racism. Many blocks of West Baltimore are filled with abandoned and condemned homes. (Andrew Lichtenstein)

With over 16,000 abandoned houses and boarded up storefronts, it’s painfully clear that Baltimore’s crisis reaches far beyond police brutality. The city needs investment, infrastructure, and opportunity more than anything else.