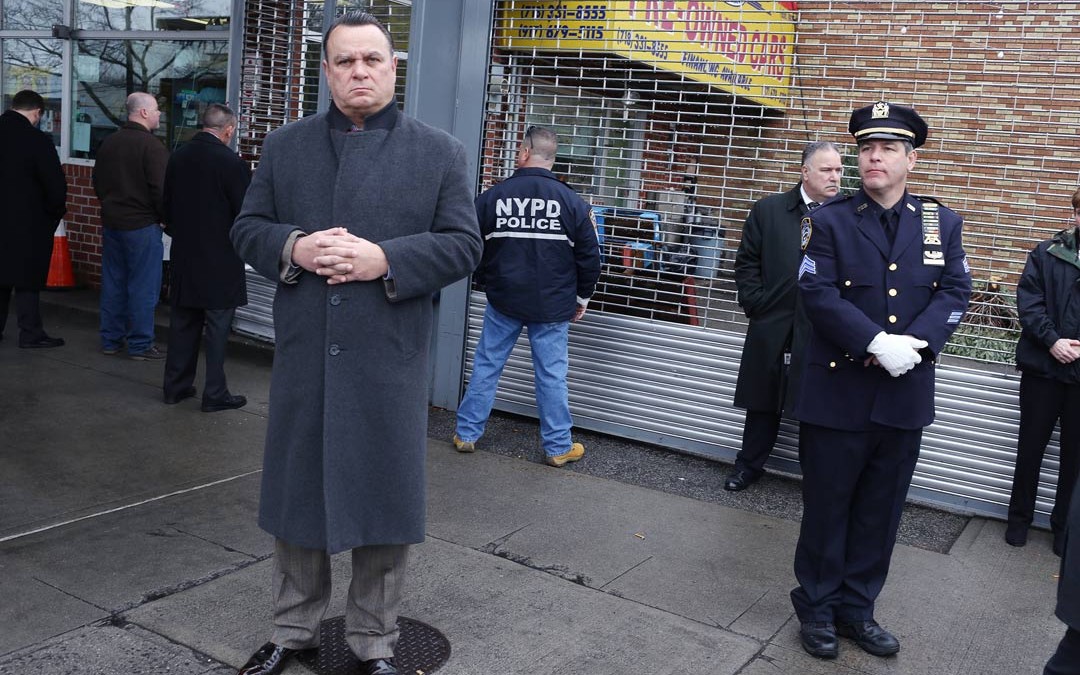 On January 4, 2015 police officers attend funeral services for Officer Liu, who was murdered while sitting in a patrol car in Brooklyn. Although told by superiors to not turn their backs while Mayor DeBlasio delivered a brief eulogy at the funeral, some officers and detectives chose to do so anyway to express their disapproval of the Mayor’s comments during the demonstrations over Eric Garner’s killing at the hands of police.