MURDER, FAITH, AND HISTORY IN THE LOW COUNTRY 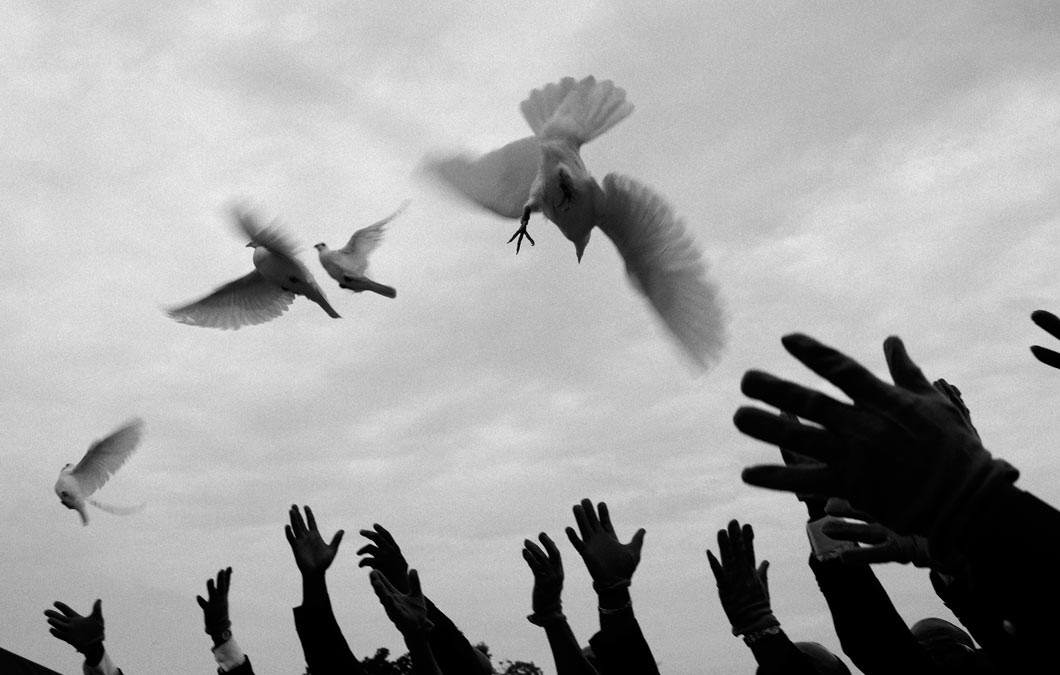 I first visited the Emanuel African Methodist Church in Charleston, South Carolina in 2012 for a story on American history published on the Facing Change site. I was in the city looking for a photograph to pay tribute to the memory of Denmark Vesey, the freed slave who organized America’s largest slave rebellion after authorities had destroyed the church he had founded. ‘Mother’ Emanuel, as the church is known within the AME community, had been designed by Vesey’s son, and built after his father had been hanged. When I called, a white stranger asking for permission to spend time in and photograph this historical building, Pastor Pinckney could not have been more gracious. A choir boy stands in Emanuel AME’s entranceway in 2012.

I believe that the racist gunman who murdered nine parishioners last week went there for similar reasons. He knew what he was attacking. This horrible crime, and its aftermath, has been all about the power of symbols. The confederate flag that still flies next to the South Carolina State House, the open casket at Pinckney’s viewing reminding us all of Emmett Till’s mother’s decision to display his bruised and battered body in Chicago, and President Obama’s heartfelt speech at the funeral about the heavy burden of truthfully talking about America’s history, all remind us of how far we have come as a nation, and how far we still have to go. People pass by the body of Reverend and Senator Clementa Pinckney during a viewing in South Carolina’s State House.

At Ethel Lance’s funeral, nine doves were set free over the casket before it was lowered into the ground. I had come to say goodbye to a man I had only met too briefly, and as the birds flew out of the pallbearers hands, I thought that Pinckney himself represented the same thing; born with the slave name of one of South Carolina’s largest slave holding founding families, he rose to greatness during his short life.

These pictures are the thank you I never did make the time to say.